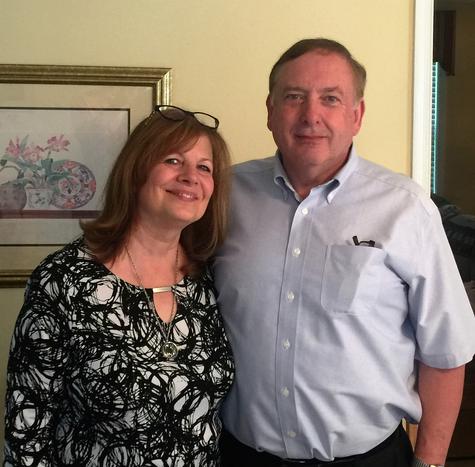 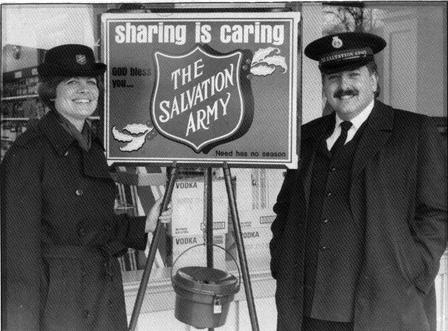 Pastor Mark and Donna Cook were high school sweethearts. They married soon after graduation, on August 27, 1971.
The following year, their first daughter, Tracy, was born.
In 1975, Mark came to Christ through the ministry of the Gideons. Donna already had a relationship with Christ.
They moved to Madison, VA in 1976, and made their home there.

Their second daughter, Tanya, was born in 1978.
In 1983, Mark and Donna felt called to the ministry. They sold their home, and half the
land it sat on to pay their way through school. They attended

The Salvation Army School for Officers Training in Atlanta, GA

(Mark is also a graduate of Liberty University and Liberty Baptist Theological Seminary).

On graduation, they declined an appointment,

After two years at Immanuel's, they returned to The Salvation Army.

They commanded corps (churches) in Richmond, Waynesboro and Williamsburg, VA.
Leaving The Salvation Army, Mark and Donna came to Charlottesville, VA. Donna
worked for the University of Virginia, and Mark worked for a charity.
Soon thereafter, Mark was offered the pastorate of the Free Methodist church in Culpeper, VA.
Serving in Culpeper allowed Mark and Donna to build a home on the land they had
retained in Madison many years before.
After eight years in Culpeper, Mark and Donna sensed that it was time to act on a dream they had shared since the 1970's-

to have a contemporary-worship church in Madison.
After much planning, schooling and work, they saw the church launched on Easter Sunday, 2008.
It is Mark and Donna's desire to see people come to faith in Christ; to help people learn
to handle their finances; to encourage strong, healthy marriages; to help parents raise
happy, godly children; and to help people live lives that bring glory to God.